Weather delayed we spent another day in our camp on the ice. While waiting for our flights back to Scott Base, we found some non-sciency experiments that kept us busy . What would you do if you could spend a day in the middle of Antarctica ?

I finally found the time to tick another box on my “Things ToDo Before You Die List”. This was building a house with my own hands, and, since there was plenty of snow around, this house had to be an Igloo. The small play around became a major undertaking and at the end, roughly 200 blocks were manually cut out of the firn – each weighing around 20 kg and glued together with sweat and tears…

It was great to see what can be achieved as a team, because it was impossible to hold up the blocks alone while cutting them into the correct shape. A helping hand was needed to stabilize them, otherwise the entire thing would have collapsed. After finishing the Igloo, I invited all my friends on the Darwin glacier to the house-warming party and we warmed him up to -17 degrees Celsius, it was a really awesome night. 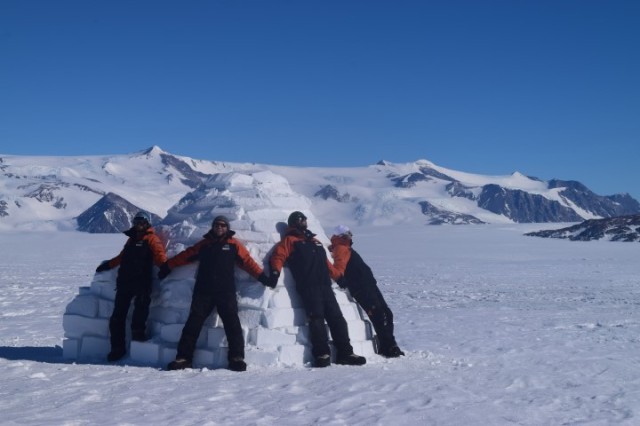 Teamwork is great – we have to #ActOnClimateChange

2 Responses to Build an Igloo : Check