Posted on December 6, 2016 by polarchriz

How could you finish such an incredible field season ? With a C-130 Hercules flight back to Christchurch ! After a sleepless night, we left Scott Base to Pegasus Airfield where the “Kiwi Herc” was already waiting for us. The aircraft is originally designed for military purpose of the Royal New Zealand Air Force but it has found good use in scientific research support.

The exciting take-off from the ice runway was just the beginning of our board entertainment. Shortly after the departure at 10am, we flew across the Drygalski Ice Tongue (the floating extension of the David Glacier). This ice tongue is about 70 km long and 20 km wide and probably the most spectacular feature along the Scott Coast. 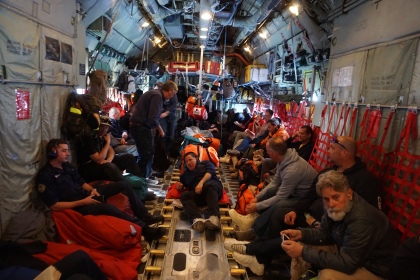 The noise of the four engines was almost as impressive as the horizontal temperature gradient within the aircraft; positive 30 °C in the front and freezing cold in the back. Sitting along the sides of the plane and looking at the piles of cargo next to us gave rise to a  “James Bond” feeling.

After eight hours flight, we arrived back in New Zealand. Here, summer is a big difference to the winter wonderland of the last month. Our sensitive noses were completely overwhelmed by the smells of flowers and our eyes surprised by other colors than blue and white. Our great adventure came to a successful end ! 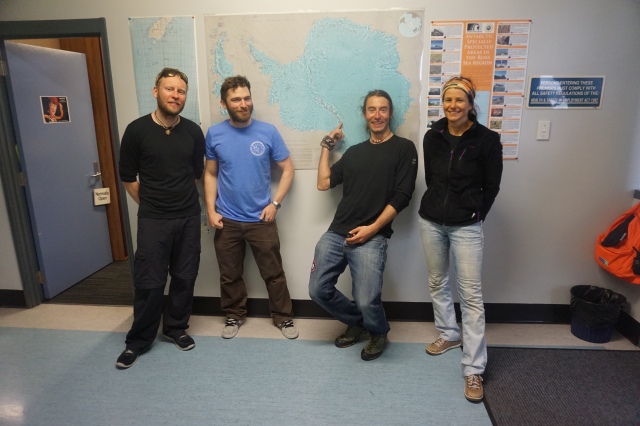 The TIDEx Team safely back in Christchurch