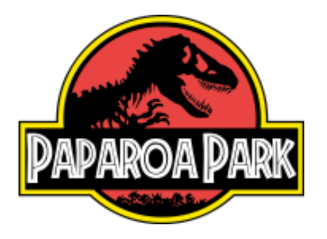 “Chossy, mossy and pretty runout – that sounds like us.” These were the words that Joe and I exchanged on our way to the West Coast. The Paparoa National Park is perhaps most famous for its Pancake Rocks and monsoon-like downpours, but a hidden gem is waiting for those who enjoy bush-bashing through jungle-like vegetation… Bullock Creek.

An unlikely weather forecast for the West Coast (which normally gets doused with 2274mm of rain per year) left no question open – Joe and I go climbing over the long  weekend. Equipped with a positive attitude, great hope on sending climbs and lots of baked beans, we left Christchurch on Friday straight after work. It was dark already as we drove across New Zealand’s wintry South Island; we crossed Arthur’s Pass beneath a star-studded sky that lit up panoramas of prideful mountains around. “Do you know any constellations ?”, asked Joe, “Only the Southern Cross, but I can’t find it in this abundance of stars.” We continued our interstellar journey and arrived in Punakaiki, where we slept on the beach. The next day welcomed us with a bright-blue sky and brilliant sunshine – someone forgot a piece of eden… and we… we forgot to buy gas for the stove… Afraid of not having coffee on our climbing trip, we had to drive back to Hokitika. “Not too bad a drive on a sunny day.”

We warmed up on the Air Traffic Control Tower in the Punakaiki River Valley. After a  few joyful routes, Joe and I climbed “Flight Control  (22).” A steep, and surprisingly juggy vertical dance towards a delicate crux. We then moved on to the Ocean Wall’s “Endeavour (22)” with sustained climbing on a healthy series of pumpy overhangs. From here, we witnessed a fabulous sunset over the Tasman Sea and called it a good first day out. We then took the Tiki-van up the gravel road in Bullock Creek. “Ready or not !”

The second day started with an overcast sky providing an outstanding light for looking at the multi-pitch routes from the ground. It didn’t take us long to decide we’ll venture along the river bed, balance over piles of drift wood and navigate our way through thick West Coast bush to the unmistakable Two Towers. Here, we climb “Ohu, Karearea (18-22-19)”. A three pitch climb that had been on Joe’s bucket list for a while. Especially as it goes to the very top of the right tower, overlooking the flax fields and rain-forest like vegetation below… “Welcome, to Jurassic Park.” After a good meal, we spotted very unusual footprints in the river bed. Not from dinosaurs, but from gumboot wearing individuals that lead us to a vegetated grotto filled with glowworms. We’ve seen these bioluminescent creatures elsewhere in NZ, but never so many of them…  Dr. Alan Grant would have put it straight: “They’re moving in herds. They do move in herds.” Glowworms glow to attract insects, which get caught in the glowworms sticky lines (you can even see them if you get really close !).  The light is a reaction between chemicals given off by the glowworm and oxygen. They control their glow by changing the amount of oxygen reaching its light organ – and apparently yelling at them makes them shine brighter…

We grabbed our head-torches from the van and moved on to explore a hole in the ground – the entry to an underground labyrinth and our next action-packed subterranean adventure. We squeezed through narrow cracks, belly-crawled along low tunnels and discovered the cave’s inhabitants. “Wētās” are large insects and look like long-horned crickets. It is still uncertain how Wētās came to New Zealand – “Life, finds a way” is what Dr. Ian Malcolm would have said. However, Joe was so keen on squeezing through a tight crack that his helmet got stuck, and his head with it… what a good laugh.  Eventually we found our way out of the cave, but there was one final challenge: Worm over the last obstacle, feet first ! And if this wasn’t hard enough, we did it just with a burning candle in our hand. Stoked, we returned to the Tiki-van. But the day was too good to just go to sleep… so Joe honoured it by introducing me to my very first Haka – a traditional genre of Māori dance to acknowledge great achievements. Thanks Joe !

We woke up to my 6:30am alarm on Monday morning. But as it was the Queen’s birthday and therefore public holiday in New Zealand, we didn’t go to work, we got ready to climb. “Long live the Queen !” There was one route left in the guidebook, that  sounded just like us. Pitch 1 “…a pant moistening move…”, and pitch 2 “… welcome to Tonsai !” The description is of  “Crown of Thorns (19-22)” up at Machu Picchu. The crag is arguably the best area in Bullock Creek if you are the type of person that: (1) can’t stand climbing on the same type of rock for two pitches in a row and (2) wants a steep and gnarly approach through some fine west coast bush. What a climb ! We even climbed the second pitch several times, with more than just scenic views towards the ocean where big sets of waves were rolling in. You could even hear the sound of breaking waves while you were getting pumped on the holds !

A big thanks to the two dodgy buggers with the same first name who put up this route and many others in the Paparoa National Park. “Mr. Silverwood and Mr. Warrington, after careful consideration we’ve decided to endorse your park.”