Posted on November 2, 2019 by polarchriz

In order to estimate the threat from the most unstable glaciers in Antarctica, the UK and the US teamed up in their most important collaboration since WW2 – the International Thwaites Glacier Collaboration (ITGC)) 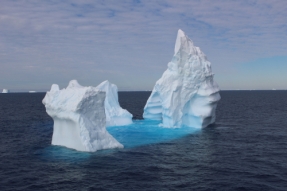 Over the past decades, the amount of ice discharge from glaciers in the Thwaites region has almost doubled (and thus their freshwater addition to the global ocean). The question is, however, if the observed rapid thinning and retreat of glaciers are the early symptoms of a concerning run-away effect that causes the ice discharge to further increase. You must understand that parts of glaciers act like a dam that holds back water to prevent a flood. If Thwaites Glacier triggers a collapse of what lies beyond its ‘dam’, this would cause global sea-level to rise drastically… Holy Penguin !

I haven’t counted how many scientists are involved in the International Thwaites Glacier Collaboration, but I think it is around 100. That is ONE.HUNDRED. of the world’s top climate scientists that agree on climate change. One hundred people from different academic and cultural backgrounds, that all pull on the same string to answer the question if the run-away effect has already begun. But this large number of brainy people needs to be coordinated – how is that even possible ?

Within this collaboration, eight projects have been identified. Some of them target the underlying processes through oceanic measurements using icebreakers; or by installing scientific instruments on the glacier surface; or even within and underneath the ice by drilling holes through it. These bore holes can extend through the water cavity and into the sediments on the sea floor – where one project studies what has happened in the past. The insight into the key processes at play is then forwarded to two ice-sheet modelling projects. Both use computer simulations of ice behavior, either on the front of the glacier where ice bergs calve off, or closer to the coastline where relatively warm ocean water eats away the floating ice from underneath. My job within this collaboration is the collection of ice thickness measurements on the ground and assisting with the installation of field stations. My personal goal is to gain a spatial understanding of the processes at play that cause some areas in this region to behave differently even though they are exposed to the same environmental changes.

I feel deeply honored to be part of this dedicated group of scientists, that focus their efforts and work day and night to help prepare for the challenges that lay ahead for our society. Several conferences, workshops and the very international character of this impressive collaboration made me wonder why it shouldn’t be renamed to the International Thwaites Geeks Coordination – but luckily I’m not the one who had to come up with its name 😉 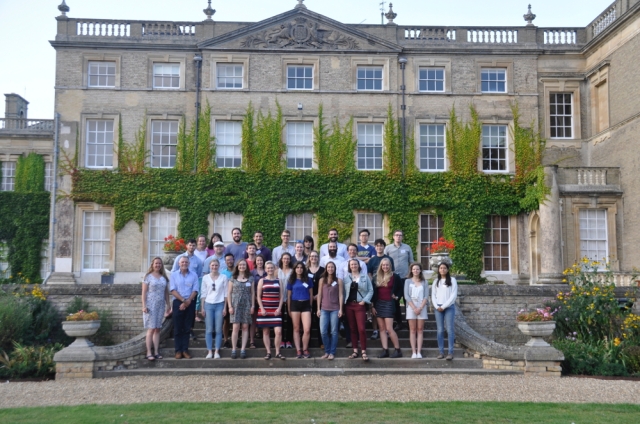